A soybean processing method that was adopted during the design of the Sojaprotein plant has been applied and has not been fundamentally altered since then, though it has been streamlined and improved in some areas over the years. Soybeans are driven up from the field and initially pass through admission control (proteins and oil contents, moisture, dirt and genetic modification control). The beans received are first classified according to their moisture contents. Then coarse dirt is removed from the beans, they are dried to the optimum moisture content and stored in silo cells for a longer period of time. At the beginning of the processing phase, the beans are subjected to another phase of coarse and fine cleaning. In order to facilitate de-hulling, beans are dried again and conveyed to the preparation plant. The beans are than crushed, the husk is separated and the beans are conditioned (steam-heated) and passed through large rollers that give them a flake-like form. In the preparation plant, raw material is separated into the parts going into the production of full-fat products and those going into extraction. There, oil is extracted and the defatted material is processed hydrothermally in order to remove the residual hexane solvent and deactivate anti-nutritional ingredients (desolvation and toasting). Also, lecithin is separated from the raw oil in a degumming process. From the extraction plant, the degummed soybean oil and lecithin are stored in tanks and subsequently sold in their raw state. 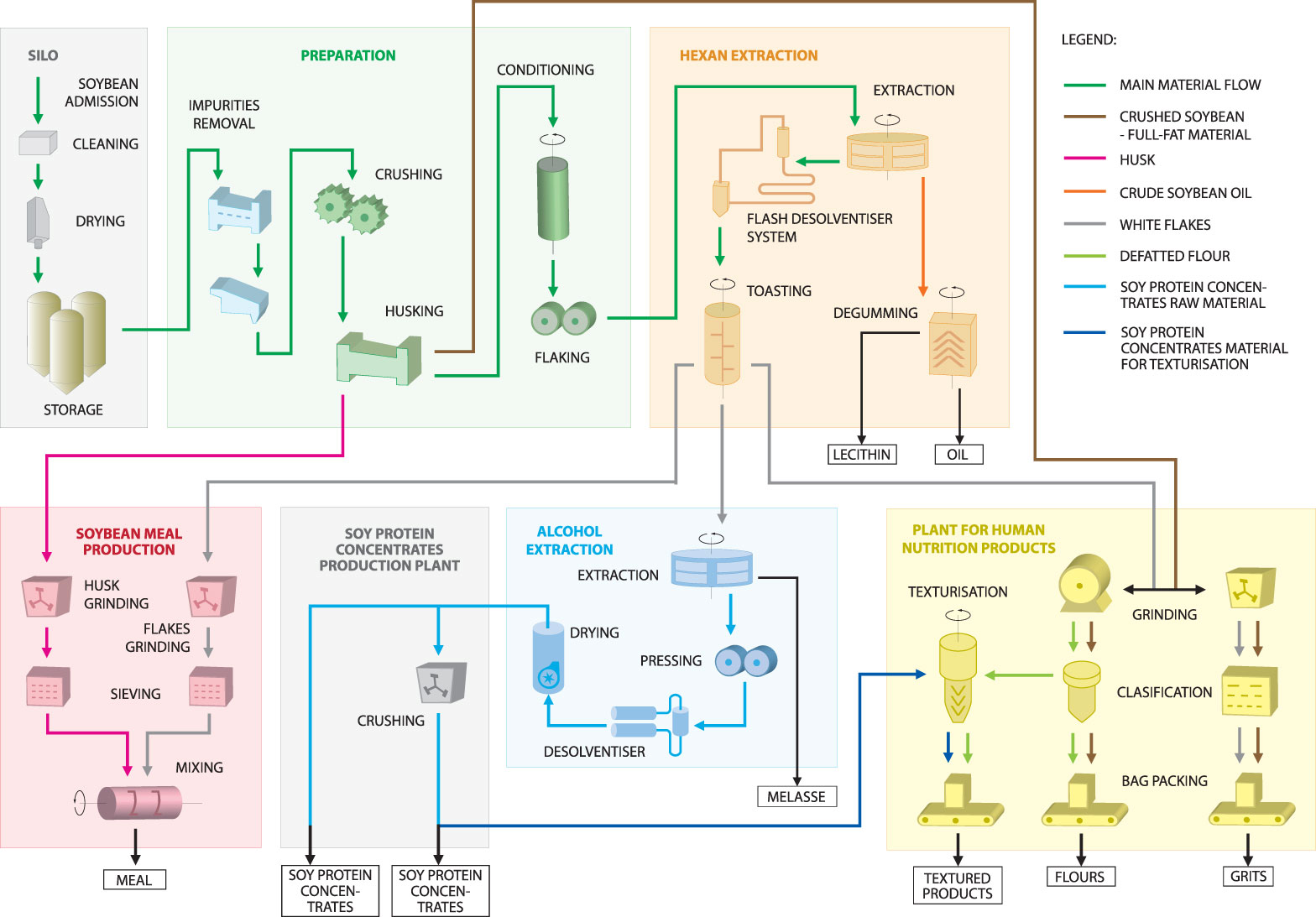